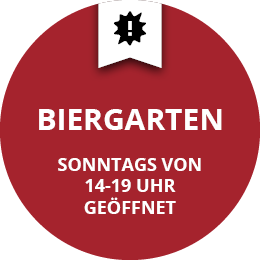 Since 29th August 2009, the flag of Markt Falkenberg can be seen on Falkenberg Castle. The community inherited its trademark, which is hoisted on a castle built on a massive stone and can be seen high above the houses and Waldnaab area, in 2009 from the family of the Graf von der Schulenberg. The purchase was made with the intention to renovate this historic listed building and make it accessible to the public. The Markt agreed to include a museum in the castle in memory of the former owner and diplomat Friedrich-Werner Graf von der Schulenburg.

Already in the year 1990, local citizens established the Forum Falkenberg association. In 2009, this became the Forum Falkenberg – Freunde der Burg e.V. From the outset, its aim was to support cultural events, provide support in decisions made by the council regarding the castle after its purchase, to completely renovate the sight, and to find uses for the castle viable in the long term.

During discussions spanning over several years the town council, comprising the mayor Herbert Bauer, the chair and members of the forum, external consultants, and the architects appointed to the project Brückner & Brückner from Tirschenreuth, concepts and plans were made for the diverse use of the object.

Using this as a basis, and supported by detailed plans, Falkenberg council and administration in Wiesau managed, after intensive negotiations, to secure a financing partner and extra funding. This allowed the go-ahead to commence renovations of the castle amounting to 8 million euros, which included upgrading the old farm near the communal brewery at the conference centre at the foot of the castle.

Financing of the castle renovation and construction of the conference centre

The Markt Falkenberg and the Forum Falkenberg – Freunde der Burg e. V. are deeply grateful to all the organizations and persons involved enabling the castle refurbishment and the construction of the conference centre through their promotional activities.